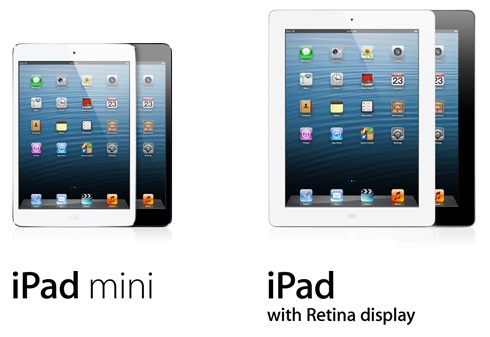 Reuters and Taiwan's Economic Daily News have also claimed that the iPad mini 2 will be in short supply at launch. Both sources cited a "shortage of Retina display panels" as the reason for the delay.

Apple is expected to announce both the iPad 5 and iPad mini 2 on Tuesday, October 22 at the Yerba Buena Center in San Francisco. Leaks of the iPad 5 suggest it will feature a new A7X processor, a thinner bezel and Touch ID like the iPhone 5s.

Little is known about the second-generation iPad mini, but it is expected to get a new processor and feature a higher resolution display.