Is Apple Working on a 7-Inch iPad?

The iPad mini rumors are starting to pick up steam again. On Monday, analyst Brian White told investors he believed Apple would launch a "lower entry-level" iPad in 2012. White said the name "iPad mini" didn't reflect the size of the new iPad, just the price. White is most likely referring to comments made by Steve Jobs in 2010. Jobs said 7-inch tablets would be useless and dead on arrival when asked about a possible 7-inch iPad. 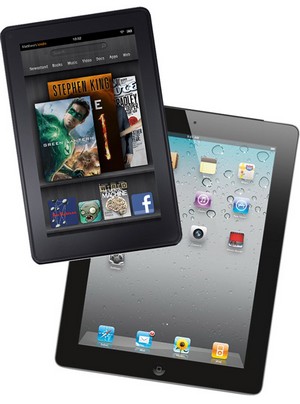 Apple may have changed their minds about 7-inch tablets after Amazon's new affordable Kindle sold so well. On Tuesday, UND reported LG Display and AU Optronic sent samples of a 7.85-inch display to Apple for approval. The rumored tablet is said to have the same resolution as the iPad 2.

Apple could be working on their own low-cost 7-inch tablet to compete with Amazon in 2012. Amazon sold 95,000 Kindle Fire pre-orders on its first day. A far cry from the iPad's initial launch, but enough to make other tablet makers pay attention.

Just because Apple is looking at samples doesn't mean they will release a lower cost 7-inch tablet in 2012. They could just be exploring the possibilities.