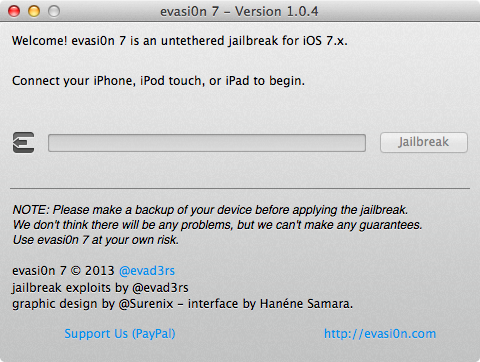 Evasi0n7 v.1.0.4 was released via a Cydia update entitled "evasi0n7.x Untether." It fixes the "two security issues that were reported by the community," according to the release notes. You can find version 1.0.4 in the Changes section in Cydia after your refresh it, or on the official evasi0n website.

New users can learn how to jailbreak their iOS devices here. Remember to always backup your device before jailbreaking or upgrading to a newer version of evasi0n7.