The iPad mini with Retina display could be delayed until 2014, according to Taiwan's Economic Daily News (via MacRumors). The site claims that a shortage of Retina display panels for the second-generation iPad has caused Apple to push back its release date until next year. This is not the first time we have heard about a possible iPad mini 2 delay, the DigiTimes previously reported that the new 7.9-inch slate would not see volume production until November due to production issues. 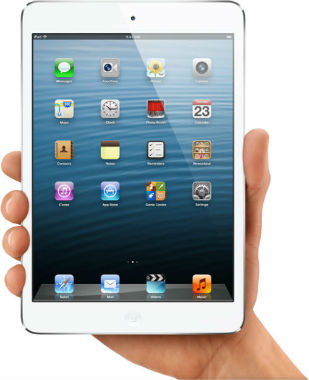 Back in April, analyst Ming-Chi Kuo at KGI Securities also cited production issues when he predicted that the iPad mini 2 would be delayed until 2014. However, many analysts still expect Apple to launch a second-generation iPad mini in Q4 of 2013, just before the holiday shopping season, and after the iPad 5 is released in Q3.

The Economic Daily News' report also seems to suggest that Apple may release a updated non-Retina version of the iPad mini. This could be the budget iPad mini Apple is rumored to be considering releasing for the holidays. Some analysts believe releasing a more affordable iPad mini 2 without Retina display would help Apple expand its market share in the low-cost tablet segment.

Apple is also rumored to be working on a budget iPhone to release alongside the iPhone 5S later this year. Perhaps 2013 will really be the year Apple takes a bite out of the low-cost market being dominated by Android and Amazon products, and 2014 will be the year we finally see an iPad mini with Retina display.