iPhone 4S and iPad 2 Jailbroken, Waiting For a Public Release 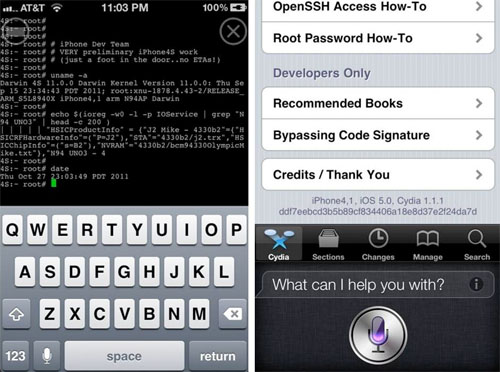 The original iPad 2 and iPhone 4 jailbreaks were released about one month after their initial announcements. However, an early leak of JailbreakMe 3.0 forced Comex to release it sooner than he had anticipated.

Hopefully the iPhone Dev Team will find all the missing pieces before December. Apple fans deserve some good news after the iPhone 5 letdown.