Now that the dust has settled from Tuesday’s big Apple announcement, how does one decide between the iPhone 5s and the iPhone 5c?

It all really boils down to size, performance and what you want out of your iDevice.

The 5s has an Apple 7 processor versus the 5c’s Apple 6 processor. This means the 5s is faster, with a larger storage capacity. For example, the 5s can hold up to 16,000 songs as opposed to the 5c which holds a maximum of 8,000. Although they both come with iOS 7, the 64-bit A7 is roughly 40% faster than the 32-bit A6. It can do almost twice the work in the same amount of time with twice the power. 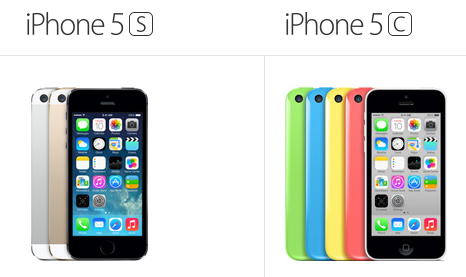 Both products have an 8 megapixel camera, but the 5S has slow-motion video recording, automatic image stabilization, and a dual white and amber flash which creates better color temperature and picture fidelity.

When it comes to security, the 5s has a built in fingerprint scanner thus eliminating the need to remember a passcode. The 5C still uses the latter, making it slightly less secure.

If you happen to be more of an aesthete, the 5c does offer a larger variety of colors from which to choose. The budget model, made of seamless polycarbonate, comes in white, pink, yellow, blue or green versus its more expensive, aluminum big brother available in only silver, gold or gray.

Ultimately, the choice between the two models comes down to price. Which one is in your budget? Depending on how many gigabytes you want, the 5s ranges from $199 to $399 with a two-year contract. If you’re a techie who absolutely must have the latest gadget on the market, and you have the cash for it, the 5s will be a perfect fit. It is the more powerful device and will have the highest resell value.

If your finances fall a little short, then the 5c is still a great choice. This model has a price range of $99-$199 with a two-year contract, and has all the strengths of an iPhone 5 plus a better operating system.