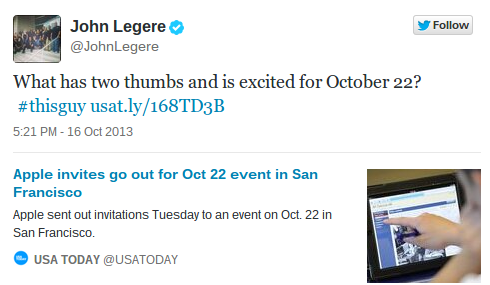 T-Mobile was one of the last major carriers in the U.S. to partner with Apple. Since releasing the iPhone 5, the carrier has managed to shake up the mobile world with its "Uncarrier" plans and early upgrade program "Jump!"

It will be interesting to see what T-Mobile has up its sleeve for the iPad.