Retro gaming fans will be happy to know that 12 Midway titles have been added to iCade's rapidly growing list of games. Version 1.0.1 of the Midway Arcade app brings a few bug fixes and full iCade support. 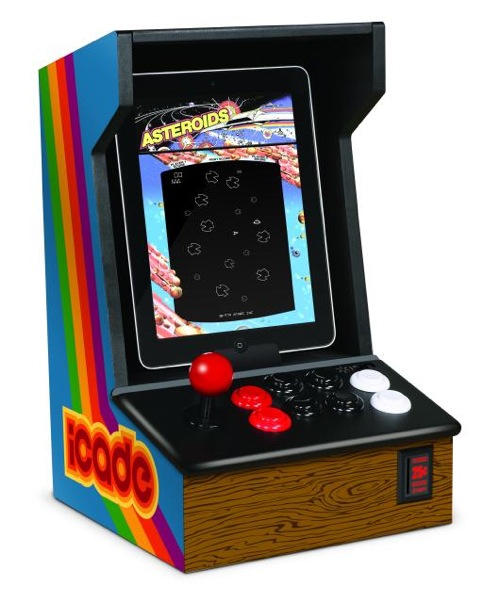 iCade is a retro-styled tabletop cabinet that transforms your iPad into a mini arcade console. It's compatible with the Atari App, which includes 100 classic Atari games, and other iOS iCade compatible titles. The iCade iPad Arcade Cabinet is $99 from ThinkGeek. It includes a retro arcade joystick, eight buttons, and the Atari App with a free copy of Missile Command. Additional Atari games are $1 or $14.99 for all 100 games.

iCADE SUPPORT
Get ready to mash some buttons as you enjoy your favorite Midway classics as they were originally played. iCade evokes classic coin-operated nostalgia complete with joystick, retro painted cabinet, and now 12 of some of the most popular games from gaming legend Midway.

FIXED CRASHING PROBLEMS ON START UP AND WITH DLC
Play all your favorite Midway titles anywhere with improved stability and performance.