Apple will launch its 12-inch iPad Pro sometime in early 2015, according to Macotakara. The larger-sized tablet will be 6.9mm thin and come equipped with stereo speakers. The Japanese blog also claims that the iPad Pro is being modeled after the iPad Air 2 and has provided a rough sketch of the rumored device, which you can see below. 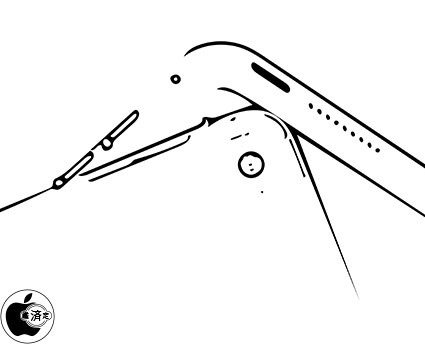 Several reliable outlets, such as Bloomberg, have claimed that Apple is working on a 12.9-inch iPad, but Macotakara says the iPad Pro will only sport a 12.2-inch display. If the rumors are true, it is probably safe to assume that the iPad Pro will feature Touch ID and Apple's A8X chip, like the iPad Air 2. Other iPad Pro specs, besides having a microphone on the top and bottom, are unknown at this time.

Some Apple fans had hoped the company would offer a glimpse of the iPad Pro at its October iPad event, but it was never mentioned. The tablet was believed to be pushed back due to the high demand for the iPhone 6 and 6 Plus.

The iPad Pro will join the iPad Air 2 and iPad mini 3 as part of Apple's current iPad lineup.