Must Have iOS 6 Jailbreak Tweaks for the iPad and iPad mini: SwipeSelection 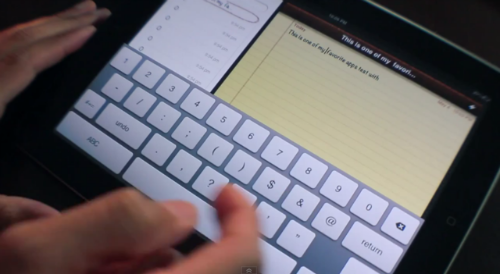 Once installed, SwipeSelection allows you to use one or two fingers to slide the cursor instead of having to tap where you want it to appear. This is a much quicker, easier and better way to edit text on your iPad because it eliminates frustrating fat-finger mistakes. SwipeSelection also allows you to easily delete or copy entire sentences by holding the shift key and dragging your finger over the text you want to highlight. This is all demonstrated in the original concept video which I've re-posted below.

SwipeSelection is free to download from the BigBoss repo in Cydia. It works with all iOS devices running iOS 4, 5 or 6.