NCAA March Madness App Brings All 67 Games to Your iPad

You can now watch all 67 March Madness games on your iPad, iPhone or iPod touch. The NCAA March Madness Live app is free to download, but the live streaming video will cost you $3.99. That's not a bad deal for full access to the Division I Men’s Basketball Tournament. 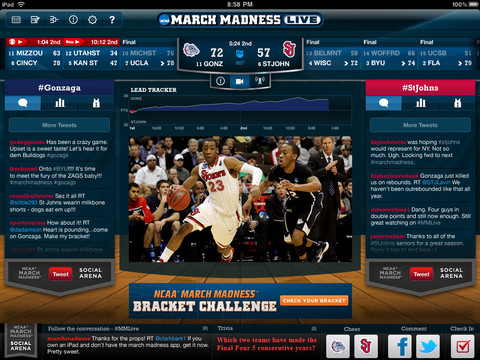 The app offers free radio play of all 67 games, Facebook and Twitter access, bracket tracking and live scores and stats. The $3.99 in-app purchase allows you to watch videos of all 67 games, practices and highlights. The NCAA March Madness Live app is compatible with the iPhone, iPod touch, and iPad. It requires iOS 4.3 or later. Some features like highlights are only available for the iPhone and iPod, so read carefully before downloading.