PlayStation 4 DualShock Support Added to Controllers for All iOS Tweak 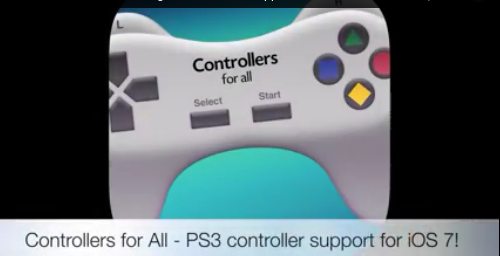 Anyone with a jailbroken device running iOS 7 can install Controllers for All and easily pair a PlayStation 3 or 4 controller with their iPad, iPhone or iPod using 5 easy steps. First you will need to buy the tweak from Cydia for $1.99. It is available in the ModMyi repo. Then you will have to install SixPack for Mac OS X, Windows or Linux, and follow the simple instructions on the page. That's it! Now you won't have to shell out $80-$100 for a third-party iOS controller.