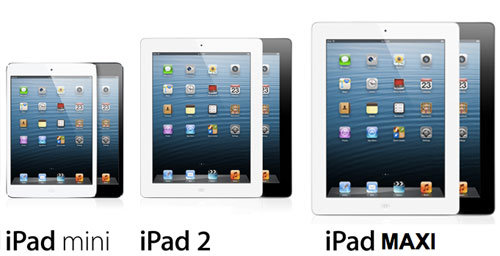 This is not the first time we have heard about Apple manufacturing a 12-inch iPad. ETNews and even the Wall Street Journal have released reports claiming an "iPad maxi" is in the works.

According to the original report filed by ETNews the new iPad would be aimed at the digital textbook market and feature "an improved low-glare display surface that would improve viewing in classrooms."