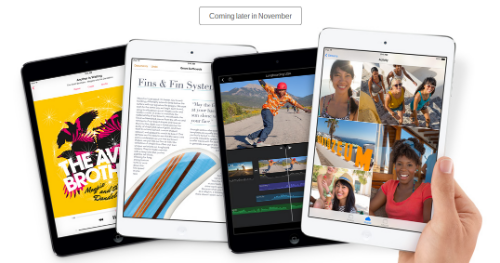 The shortage could be why Apple decided to keep the original iPad mini around at a reduced price.

The iPad mini with Retina display will start at $399 for the Wi-Fi version, and $529 for the 16GB cellular model when it launches in November.