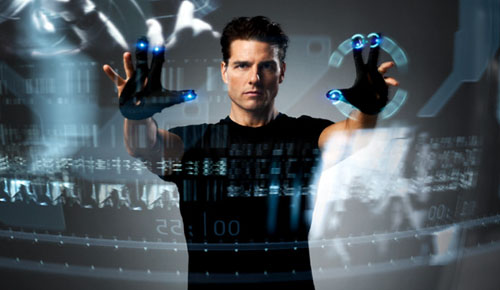 If the functionality was only dependent on a front camera, then older model iPads could take advantage of the firmware features. Of course, Apple is very careful to limit applications that might have performance issues with older processors, and would likely limit any 3D gesture control features to the latest hardware. Siri, for example, will not run on the iPad 2 or iPhone 4.

The patent filed by Apple and granted in October 2011 features control of cursors, files, icons, images, lists, text and more by just using hand signals. Drawing symbols in thin air like letters, question marks or check marks could send pertinent information to the iPad for processing. A previously revealed patent showed virtual buttons and dials that were projected and could be manipulated in space by a user.

Apple has also explored patents for 3D gestures that would operate using the screen of the iPad, by detecting gestures in space above the display. This technology would result in entirely new gestures such as pinch-and-pull, and rotate to manipulate 3D objects. As mobile processors become more powerful and interfaces increase in sophistication, new methods of interaction with the iPad and other tablets are sure to arise.