Will Siri Be Coming to the iPad?

Apple's "Let's Talk iPhone" event did cover more than just iPhones, but Tim Cook and team spent very little time talking about the iPad. And what they did talk about wasn't very exciting. The new "Cards" app seemed like filler when compared to the new voice command assistant shipping with the iPhone 4S. Too bad it's exclusive to that device only. 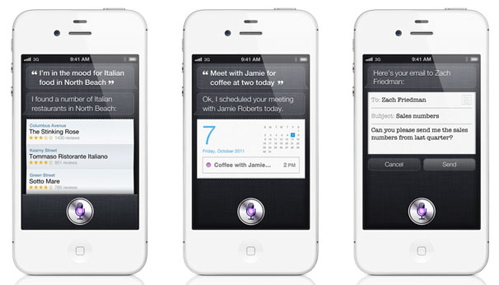 Just because the iPad 2 has the A5 chip doesn't mean it will be getting Siri. Some believe it doesn't even have enough memory to support it. The consensus is Siri will be available with the iPad 3, but I guess there is always hope since there has been no official word from Apple.

Maybe they're waiting for the iPhone 4S to launch before bringing Siri to other devices. They do seem to be using it as a way to distinguish the iPhone 4S from the iPhone 4, or at least that's how some fans are painting it. A few tech bloggers and iPad owners are hoping this is the case, but I wouldn't start holding my breath.