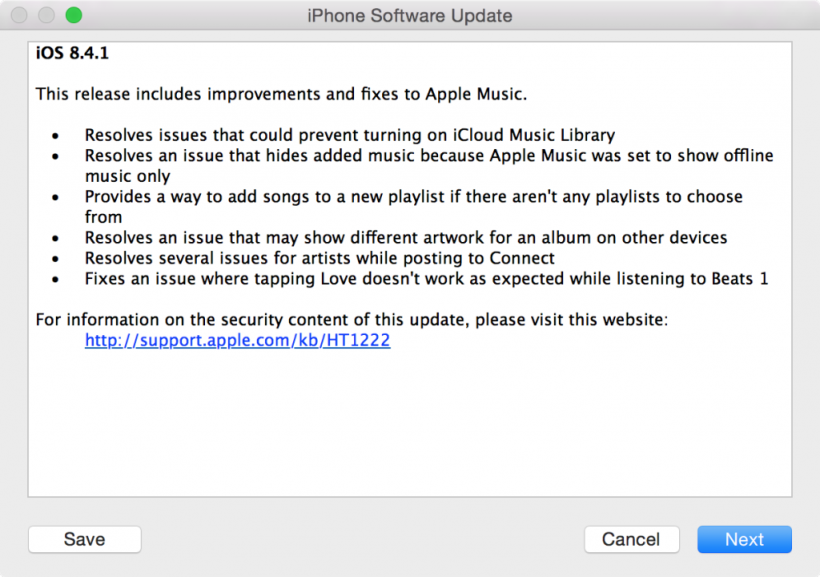 Everyone else can update their devices to iOS 8.4.1 by navigating to Settings > General > Software Update. You can also update your device by connecting it to a computer and installing iOS 8.4.1 through iTunes.

This will most likely be the final iOS 8.4 update before Apple releases iOS 9.0 in September. Apple recently released iOS 9 Beta 5 to developers and its third public beta the the general public.

iOS 9.0 is expected to launch in September along with the iPhone 6s. Recent rumors have suggested that Apple is planning to unveil its next-generation iPhone on September 9, 2015. The rumored iPhone 6s is expected to feature a Force Touch display, improved camera, and faster processor, according to Buzzfeed. Apple may also unveil its next-generation iPads at the event.