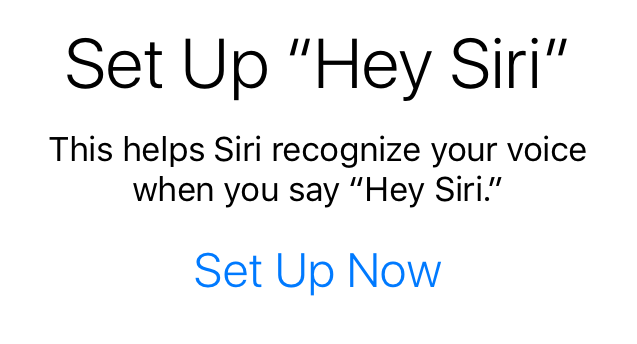 You may have noticed that the "Hey Siri" voice activation feature has stopped working on your iPad or iPhone since you have installed iOS 9.0. This is because iOS 9 disables the "Allow Hey Siri" toggle in your Settings when it is installed. iPad and iPhone users running iOS 9 need to set up the feature again by speaking a series of commands to help Siri recognize their voice. To do this you need to open the Settings app on your iPad or iPhone and navigate to General > Siri. From here you can tap the "Allow Hey Siri" slider so it is green, then follow the prompts to set up the feature.

You will be asked to say three phrases several times each. The phrases include "Hey Siri," "Hey Siri, how's the weather," and "Hey Siri, it's me." Your device will ask you to repeat a phrase if Siri does not register it the first time. Once all three phrases are repeated successfully the "Hey Siri" feature will once again be enabled.

Your device still needs to be connected to a power source for the feature to work. To activate Siri just say the phrase "Hey Sir" followed by your question. You will know Siri is listening when you hear a beep.

The iPhone 6s, 6s Plus and iPad Pro will ship with an Always-on Siri option where you device does not need to be connected to a power source to use the "Hey Siri" feature.