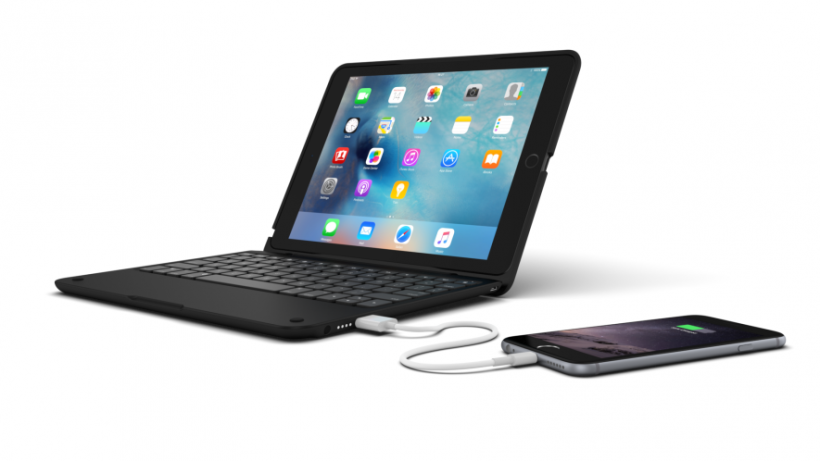 The ClamCase+ for the iPad Pro and iPad Air 2 is a backlit keyboard with a 360-degree hinge for multiple viewing angles. It includes a full QWERTY keyboard, an auto wake and sleep function and an integrated Apple Pencil slot for the iPad Pro. The keyboard will be available in sleek Gray, Gold, and Silver colors in Q2 of 2016. The iPad Pro version will retail for $169.99 and the iPad Air 2 version will set you back $149.99. 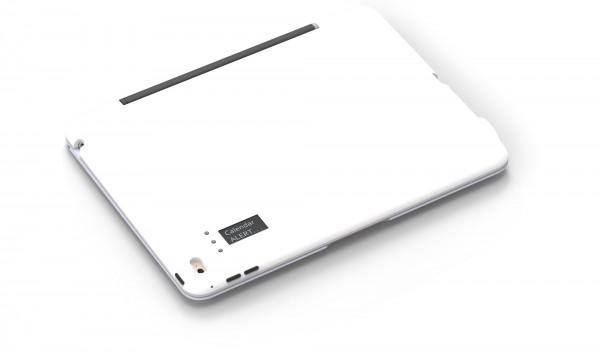 The ClamCase Prompt is the most interesting of the five new keyboards. It is a Bluetooth keyboard case with a built-in OLED screen for receiving text-based alerts from your smartphone when the case is closed. The Prompt also features a 360-degree hinge and built-in sensors for auto wake and sleep function. It will be available in Q2 of 2016 for $199.99.

The ClamCase Power for iPad Air 2 sports an extra 6000mAh battery for charging external USB-equipped devices or your attached iPad Air. It also doubles as an adjustable backlit keyboard with a micro-USB port for charging itself and backup battery at the same time. It will be available for $199.99 later this year.

The ClamCase Pro for iPad mini 4 is your standard Bluetooth 3.0 keyboard for Apple's 7-inch tablet. It will launch in Q1 of this year for $129.99.