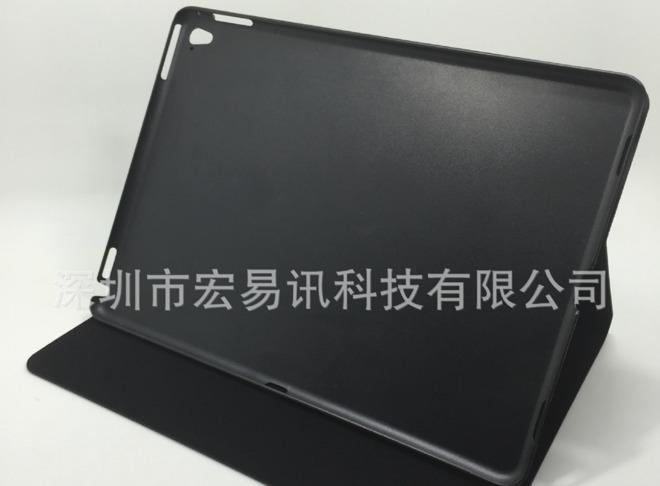 A leaked image of a case posted to Macotakara shows that the rumored iPad Air 3 will resemble its larger counterpart the iPad Pro. The image of the case seems to reveal a port for a Smart Connector and four speaker cutouts. The Smart Connector was introduced with the iPad Pro so it could easily connect and share data with Apple's Smart Keyboard. The iPad Pro was also Apple's first tablet to feature four speakers for improved audio.

Other leaks seem to confirm that Apple plans to add the popular iPad Pro features to the third-generation iPad Air. An uncofirmed design sketch leaked in January also showed the iPad Air 3 with four speakers instead of two.

Apple is expected to unveil the iPad Air 3 in mid-March, according to the well-connected Mark Gurman of 9to5Mac. Unnamed sources have revealed that Apple will announce its next-generation 9-inch iPad alongside its new "4-inch iPhone known as the 'iPhone 5se' and a series of new Apple Watch models." Other rumored iPad Air 3 features include a rear-facing LED flash for improved photos and Apple Pencil support.

Apple opted not to refresh its iPad Air lineup last fall, instead the company released a revamped iPad mini and its first 12.9-inch tablet named the iPad Pro. If the rumor mill is correct and Apple does launch a new iPad Air in March, it will be the first time the company has released a new 9.7-inch tablet since October 2014.