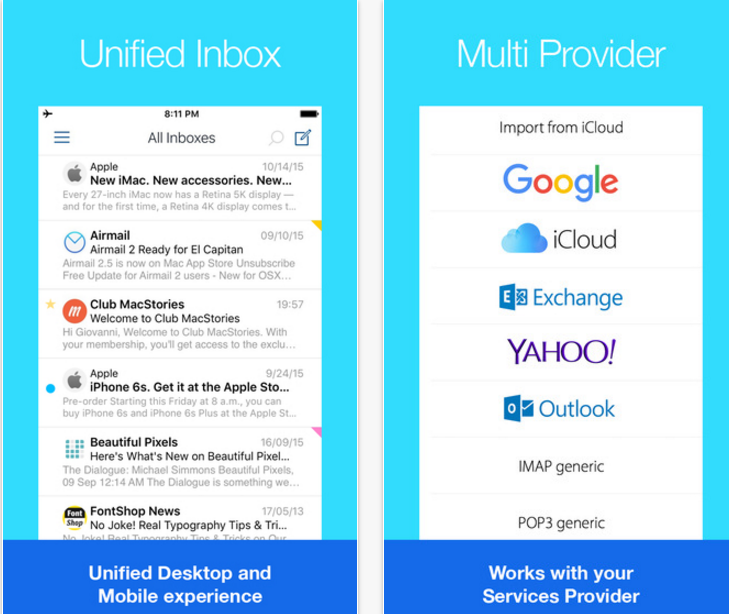 The Mac email client, Airmail made the leap to iOS for the iPhone earlier this year, and today it has been updated with iPad support. Version 1.1 of the app includes several new features including Split View multitasking and 3D Touch support. iPhone 6s and 6s Plus owners can now preview emails using Peek and Pop, and the app now includes a quick action menu from the Home screen. The Send Later feature has also been ported from the desktop version.

On top of all the new features Airmail offers a variety of advanced email options, such as the ability to set custom notifications, read receipts and search/filter options. The app supports Google Drive, Dropbox, multiple browsers and it works with Gmail, Exchange, IMAP and POP3. Airmail users can also utilize Apple Calendar and sync with other popular apps, such as Evernote.

Airmail is available on the App Store for $4.99. It supports all devices running iOS 9.0 or later, and it includes an Apple Watch app with glance and interactive notifications.