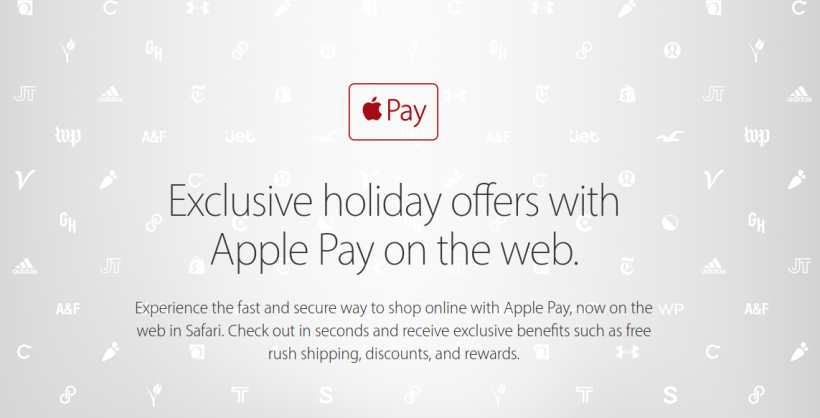 The Apple Pay Holiday page also reminds users to check back for more upcoming deals from retailers, such as Abercrombie & Fitch, Under Armor and more.

Apple Pay on the web officially launched in September with the release of iOS 10 and macOS Sierra.