iOS 10.2 now available for the iPad and iPhone 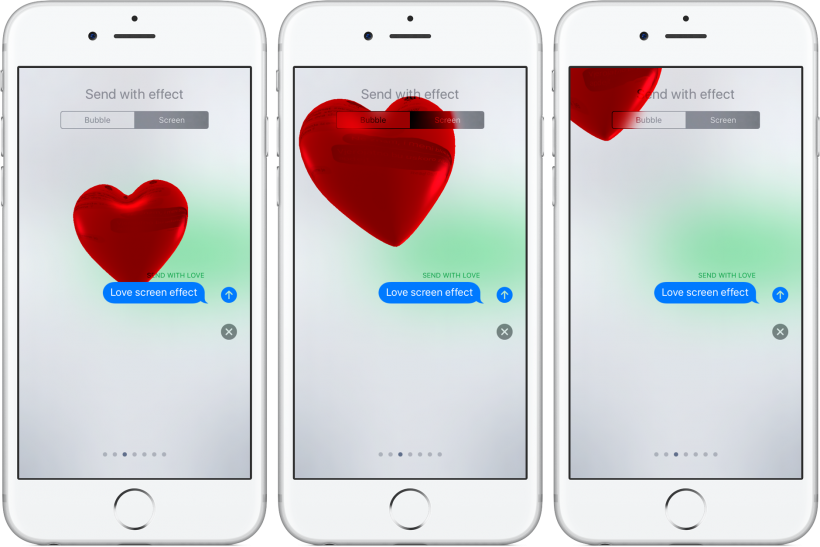 After releasing several betas over two months, Apple has finally launched the first public version of iOS 10.2. The update for the sixth-generation iPod touch, iPhone and iPad includes a variety of new features, improvements and bug fixes.

As you may have already heard, Apple has redesigned many of the emojis in iOS 10. This caused a temporary social media uproar when it was revealed that the classic "butt" peach emoji was altered, but Apple has since changed it back. iOS 10 also includes support for Unicode 9.0 with over 100 new emoji for the Messages app.

iOS 10.2 also introduces two new screen effects, Celebration and Send With Love, to the Messages app. These can be sent just like the original screen effects, Confetti, Fireworks and so on, but iPhone and iPad users must have iOS 10.2 installed to receive them.

The new TV app and Single Sign-On allows users to easily access their purchased movies and television shows in one place, and log in to apps supported by their television provider. Apple today also released tvOS 10.1 for the Apple TV, which includes its own version of the new TV app and Single Sign-On. You can add your cable or satellite provider information on your iOS device by navigating to the new TV Provider sections of the Settings app.

One minor redesign in the Music app also makes it easier to access the Shuffle, Repeat and Up Next options. This may not seem like a big deal to some, but the some iOS users were confused by Apple's previous design, and most should be happy with how easy it is to now find Repeat in iOS 10.2.

You can install iOS 10.2 OTA by navigating to Settings > Software Update, or via iTunes by connecting your device to your computer.

iOS 10.2 introduces new features including the TV app (US Only), a new and unified experience for accessing your TV shows and movies across multiple video apps. Emoji have been beautifully redesigned to reveal even more detail and over 100 new emoji have been added including new faces, food, animals, sports, and professions. This update also includes stability improvements and bug fixes.

Other improvements and fixes