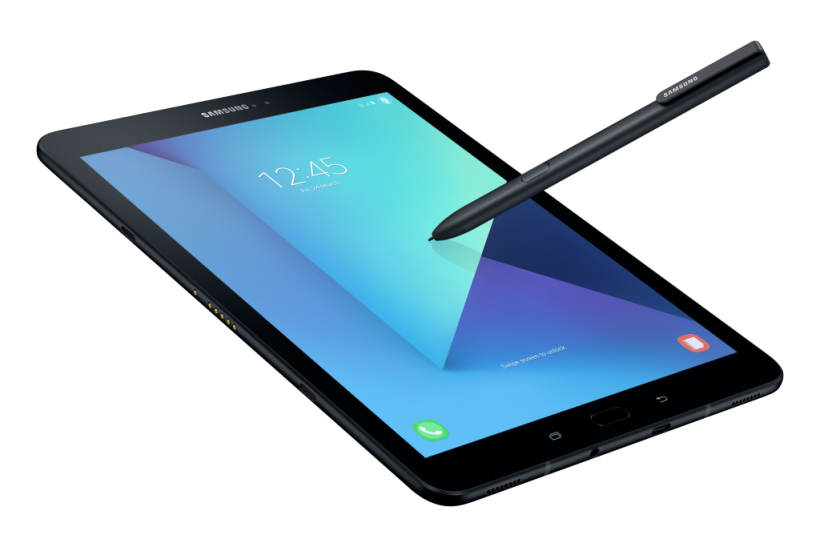 Samsung today announced two new tablets the same morning Mobile World Congress 2017 is set to kick off in Barcelona, Spain. The South Korean company also announced that it would be holding its annual Unpacked event on March 29th. The smartphone-maker is expected to officially unveil the Galaxy S8 during the March keynote. You can watch the Unpacked 2017 teaser trailer at the bottom of this post.

The Tab S3 comes equipped with a 9.7-inch Super AMOLED display with 2,048-by-1,536 pixel resolution, and stereo-speakers which automatically adjust depending on how you are holding the tablet, just like Apple's iPad Pro. It is powered by Qualcomm’s Snapdragon 820 processor with 4GB of RAM. It also ships with a USB-C port, a 6,000 mAh battery, and expandable storage via microSD.

All three tablets, including the Tab 3, come equipped with a 13-megapixel rear camera and a 5-megapixel front-facing camera.

Samsung also announced an updated version of its S Pen with a smaller 0.7mm tip and increased pressure sensitivity.

You can click here to read the full press release and see a gallery for both devices. Pricing has not been announced at this time.