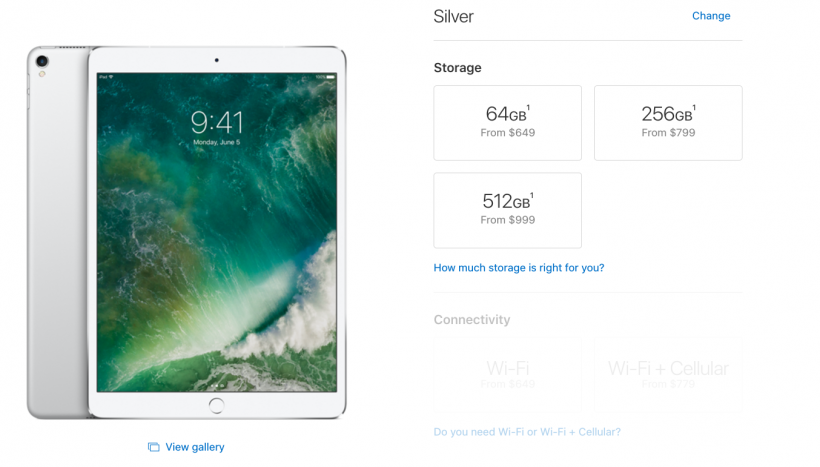 It is unknown why Apple raised the prices, but MacRumors believes it is due to increased costs for memory, which Apple is now passing on to consumers. Third-party retailers, such as Best Buy have also raised their prices.

This is the first time Apple has raised the price of an iOS devices without adding any new hardware or features. Apple typically closes down its online store before and during a major keynote to adjust prices for its older products when a new product is announced. However, the price tag on older hardware is normally reduced, not increased.

Apple also recently increased the prices of its next-generation iPhone models and unveiled a $999 iPhone X model during its keynote on Tuesday.