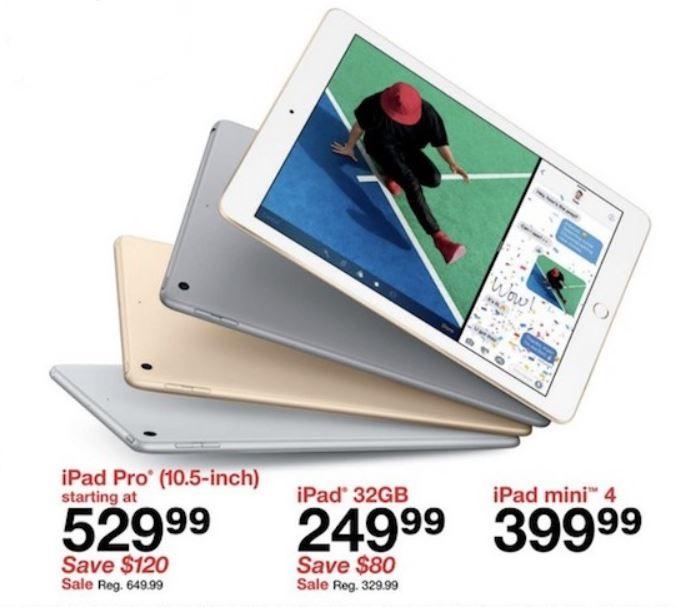 Black Friday is only a few weeks away which means hundreds of retailers will soon be releasing their ads with tons of deals. The first big retailer out of the gate is Target. The big box retailer has just released a 36-page circular with deals on everything you can imagine, including Apple products.

On page 5 you will find deals for the iPhone 8, Apple Watch and iPad.

Target is also offering deals on the revamped 9.7-inch iPad and 10.5-inch iPad Pro. However, deal websites are predicting that other retailers, such as Best and Walmart, will be offering better deals on the iPad this year. Make sure you shop around to find the best deals before you make a final decision. Target also included the iPad mini 4 in its ad, but it is listed at its normal $399 price.

Make sure you bookmark our Black Friday page for more upcoming iPad deals.