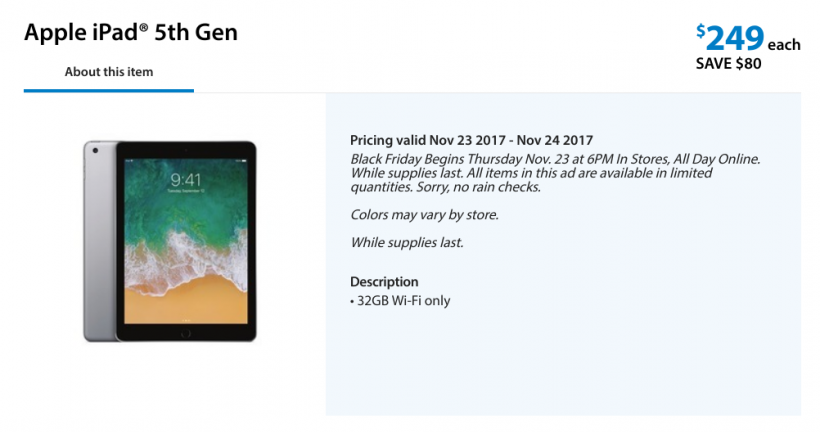 Updated: With the correct price.

It looks like $249 will be the going rate for the fifth-generation iPad on Black Friday. Both Target and Walmart will be offering the latest 9.7-inch model for $80 cheaper than its suggested retail price.

Walmart has released its Black Friday ad with sales from November 23rd to 24th. Black Friday begins in Walmart stores starting at 6pm. Other deals include an iPhone 6 for only $129, discounts on gaming consoles like the Xbox One and PlayStation 4, DVDs as low as $1.96 and more.

You can also get a $300 Walmart gift card with a contract purchase of the iPhone 7, iPhone 7 Plus, iPhone 8, iPhone 8 Plus and iPhone X.

Other Apple deals include an iPhone SE for $99 and OtterBox iPhone Defender cases for $20.