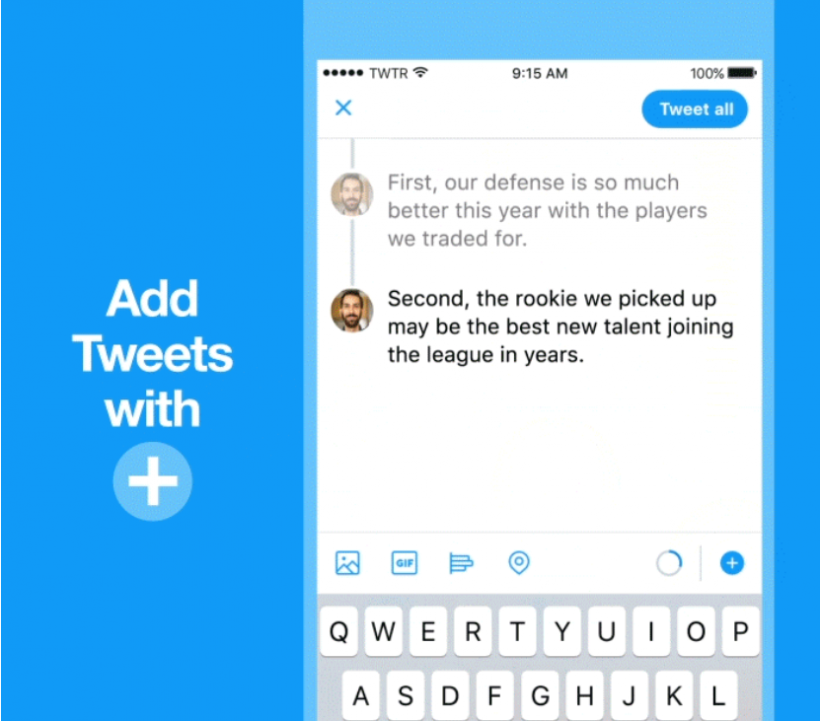 Twitter on Tuesday announced a new feature that will make it easier to thread tweets together to compose longer thoughts on the microblogging site. Twitter will begin rolling out a new "Add another tweet" and "Show this thread” buttons to the composer in the next coming week. The new buttons will allow users to string together multiple tweets to make easier to follow threads.

The "Show this thread" button will make it easier to spot new threads, according to Twitter.

Twitter recently expanded its character count from 140 characters to 280, but still saw the need to make it easier to serialize a longer story or thought. Twitter users have come up with their own creative ways to create their own "tweetstorms," but soon it should be much easier.

Twitter said it is rolling out the new buttons "to everyone on iOS, Android, and Twitter.com in the coming weeks." Make sure you update your app to add the new feature when it finally rolls out in your neighborhood.