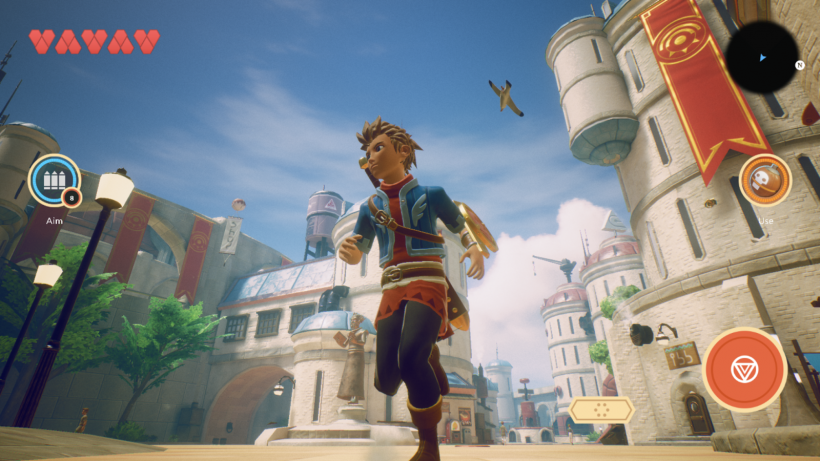 "Arcadia is in peril. The evil wizard Mesmeroth has returned with a Dark Army."

"To encounter this rising menace, Archimedes, the Grand Regent of Arcadia, has sent three of his royal knights to the land of bird people Owrus to return the Sacred Emblem of Earth to its founding place."

Deep in the jungle Pirta, the three brave Knights of Arcadia have set on an adventure to explore birthplace of the Goddess Neyto herself."

Cornfox & Bros has released another trailer for Oceanhorn 2: Knights of the Lost Realm. The 3-minute video features footage from a demo prepared for the Game Developers Conference in San Francisco, CA. The footage was captured on an iPhone 7 Plus running Unreal Engine 4, and it looks amazing for an iOS title.

The video gives us a lengthy glimpse at some of the new locations players will be able to explore, game mechanics, combat and new weapons, like a gun. You can watch it below.

Cornfox & Bros did not give a time frame for a release, but have made it clear that Oceanhorn 2 is far from complete. You can visit the official blog and Facebpook page for updates, videos and screenshots.