The Pad Bracket from ClayWare Games is a simple but useful plastic bracket that easily mounts the iPad to walls. Pad Bracket ships with two screws and matching plastic anchors for use with specific wall types. The product consists of one specially designed unit that is light and sturdy in black plastic with silver screws. 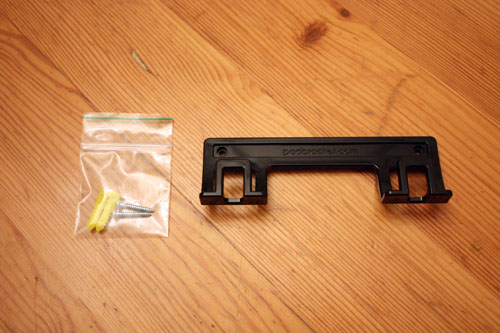 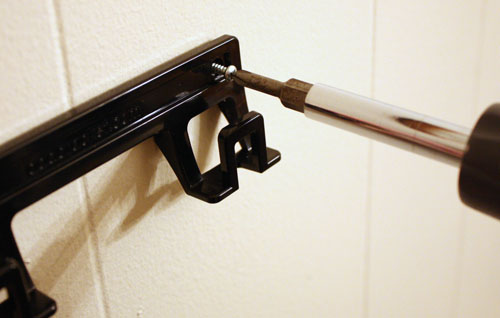 The Pad Bracket is relatively unobtrusive on the wall, taking up little space even though the color is dark. The black color is best when the iPad is placed in the unit, since it matches the black border on the iPad screen. To mount the iPad, simply slide it into the Pad Bracket. 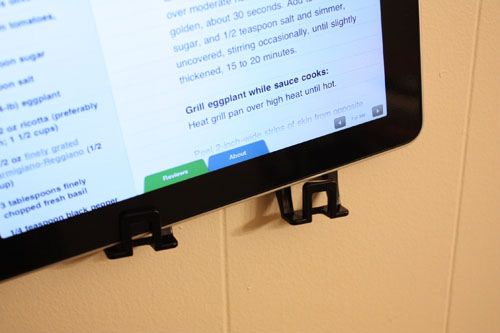 Pad Bracket is designed to perfectly fit the curving back and flat edge of the iPad. Even though the iPad is held firmly in front of the wall, it can be removed from the Pad Bracket by just lifting it up. It was no trouble at all to install, adjust or remove the iPad on the wall. 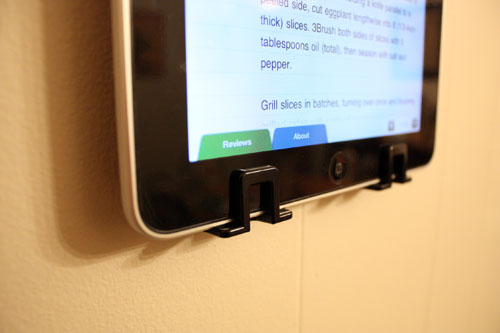 The iPad can be placed in the Pad Bracket in portrait or landscape orientation, with access to all ports and controls. Placing your iPad in portrait orientation with the home button down means that one side of the Pad Bracket covers part of the speaker. Although this didn't really affect sound quality, you can spin the iPad around so the speaker is facing up to avoid this. 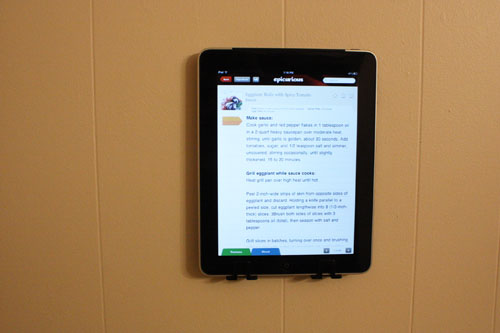 We were concerned that this small plastic bracket would not hold the iPad vertically against the wall. In fact, the design works so well that even an iPad in portrait orientation leans back slightly, so the weight is firmly on the Pad Bracket. The Pad Bracket even holds the aluminum back of the iPad away from the wall. 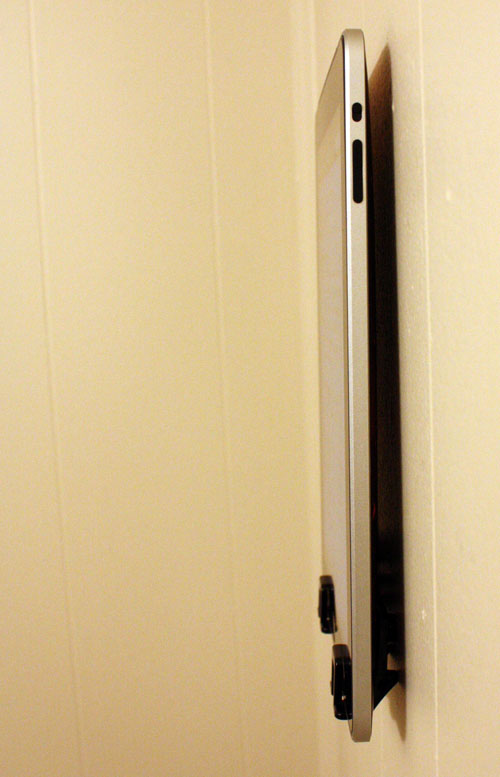 When typing on the iPad it moved forward and backward slightly but never slid to the left or right. Pad Bracket exceeded our expectations for such a small device, with its mounting of the iPad feeling secure even though it was so easy to place the iPad. 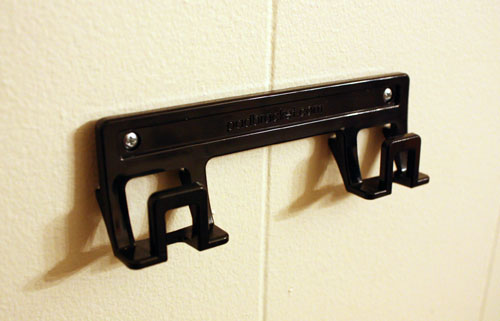 ClayWare Games sells the Pad Bracket for $24.95 plus tax and shipping, which is the biggest drawback. You may feel this is a steep price for a piece of plastic, but in this case you're paying for a quality design. Pad Bracket works as advertised and couldn't be much simpler to install and use.

ClayWare is offering specials on the Pad Bracket for the holidays this December. Pad Bracket is on sale for $19.95. Also buy two and get a third half price, or buy three and get one free.