Amazon has added hundreds of thousands of new titles and new Prime Playlists to its newly launched music streaming service. The new tracks are from both new and existing artists including Linkin Park, Shakira and Skrillex, just to name a few. Prime Music launched on June 12 as part of Amazon's Prime subscription service. 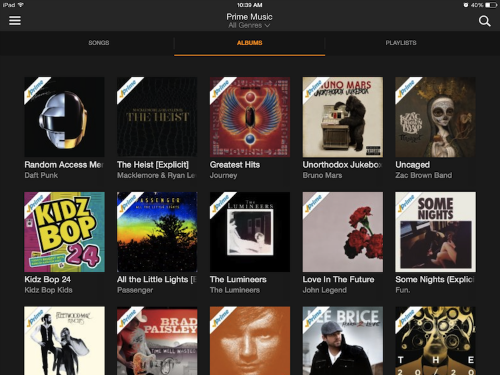 Prime Music gives users access to over a million songs without any ads or playback restrictions. Users can also download songs from the Prime Music catalog for offline listening. The service is available on Amazon Kindle devices, iOS, Android and PCs or Macs. iOS users can download the free Amazon cloud player to access the Prime Music catalog on their iPhone or iPad. The app supports all devices running iOS 6.0 or later, and it can play songs already stored on your iTunes account.