Griffin Technology announced today that its portable StudioConnect for the iPad and PowerMate jog dial will both be receiving an update in 2014. Both products will be showcased at CES in Las Vegas, Nevada. The international electronics and technology trade show runs from January 7 to January 10. 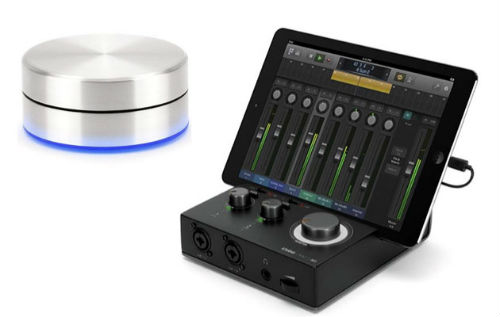 The StudioConnect has been upgraded with a pair of XLR inputs, USB and five-pin MIDI support, and is now compatible with both 30-pin and Lightning equipped iPads. The StudioConnect HD will be available for $200 this fall.