A lot of new iOS features were introduced to us on Monday during the keynote presentation at Apple's annual Worldwide Developers Conference (WWDC 2014); among them was the ability to customize the Notification Center in iOS 8 by adding widgets. 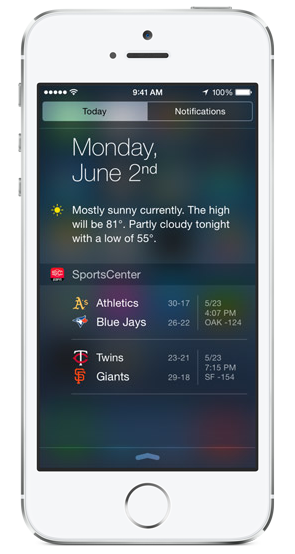 The ability to add widgets to the Notification Center was demonstrated by Craig Federighi during the keynote. He downloaded the ESPN Sports Center app, then pulled down his Notification Center. Under the "Today" view we saw the default widgets:

The theme of "continuity" was ever-present at yesterday's WWDC 2014 keynote presentation. The ability to pass unfinished work, phone calls and messages between Apple devices was a highlight of both iOS 8 and OSX 10 (Yosemite). Airdrop has been expanded to allow for file and communication syncing between iOS and OSX. A new feature, called "Handoff," facilitates seamless transitioning between your iPad, iPhone and Mac. 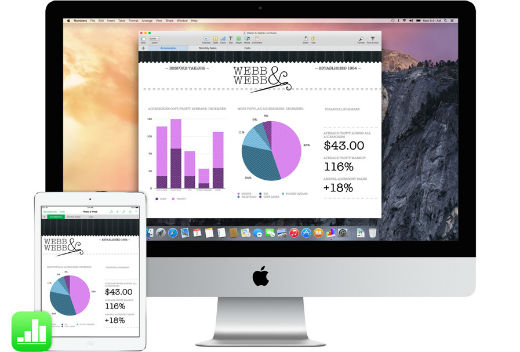 If you've ever started an email on your iPad and wanted to switch over to your Mac, for a better keyboard if nothing else, Handoff was created specifically with this in mind. Your iOS 8 device, when in the vicinity of any of your other iOS 8 devices, will notify you and ask if you would like to continue on the second device. So you would be halfway through an email on your iPad, walk into your office with it, and your Mac would recognize it and ask, via a notification in the corner of the screen, if you wanted to finish up on the desktop. This works for a multitude of apps, including the iWork suite, Safari, Maps, Calendar, Reminders and more. 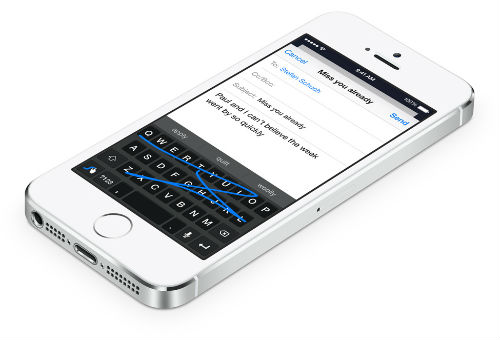 iPad owners will be happy to know that all models, except the original iPad, will support iOS 8 when the new OS is released this fall. However, some older models such as the iPad 2 will most likely feature reduced functionality due to hardware constraints.

Here's a complete list of all the iOS 8 compatible devices:

Even though it has been officially retired by Apple, the iPad 2 will support iOS 8 when the new OS is released this fall. Normally discontinued Apple products do not support the latest iOS release, but the second-generation tablet is listed as one of the comptible devices at the bottom of Apple's iOS 8 preview. The older iPhone 4s and 5th generation iPod will also support Apple's new operating system. Here's a complete list of all the iOS 8 compatible devices:

With WWDC 2014 set to kickoff in San Francisco this coming Monday morning, search based advertising firm, Chitika, announced that the iOS 7 adoption rate among iPad users is 84.8% and 89.7% among iPhone users. 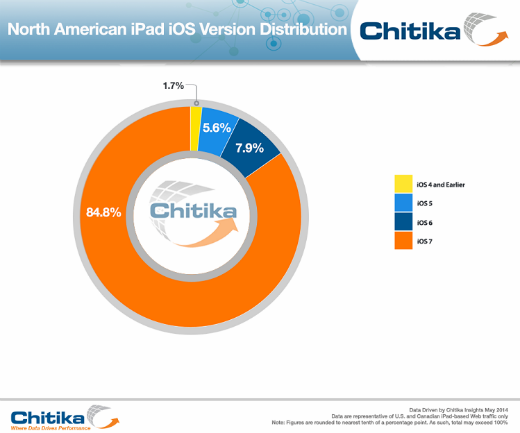 The report is based on Chitika's analysis of millions of U.S. and Canadian iOS users' online ad impressions between May 22 and May 28, 2014. The results were broken down between iPhone and iPad iOS 7 versions. Although the iPad's 84.8% is a bit lower than the iPhone's, it represents a 6.3% increase since Chitika performed a similar study in February. The iPhone's iOS 7 usage increased by 5.4 percentage points over the same period.

Apple is reportedly adding the ability for developers to enable their apps to interact with other apps. If true, this means users will be able to drag video or images from one app to another, and so on.

Although it is currently the world's largest music seller, Apple plans to bolster this side of its business in order to compete with growing competition. According to Bloomberg, the Cupertino company is working with Shazam Entertainment Ltd. to develop song identification software that would be integrated into the next major iOS update. 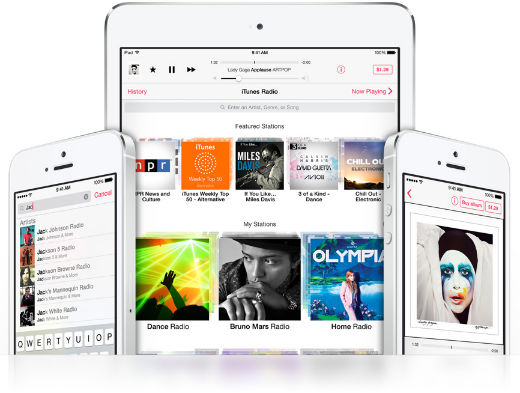 Song download sales have dropped off industry-wide, most likely due to the rising popularity of streaming internet services like Pandora, Spotify and Google's YouTube. Apple introduced its own streaming service, iTunes Radio, last year, but it wants to boost its download sales and plans to do so by incorporating song identification software into iOS 8. Shazam's app has 90 million monthly users and, according to Bloomberg, has "steered millions of song downloads through iTunes." Apple believes that if