The iPad mini needs some love and protection too, and luckily for iPad mini owners there are plenty of cases to choose from. However, with all the available options out there, deciding what case is the right one for your tablet can be a little overwhelming. Picking the perfect case for your iPad mini all depends on what you're looking for. If protection from scratches, drops and bangs is what your desire, here are a few suggestions from a few trusted sources. 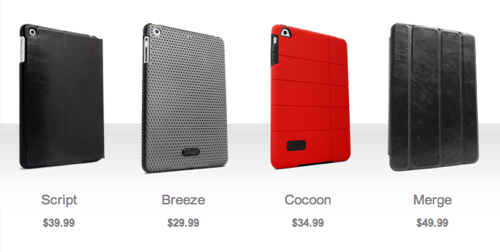 ZAGG has been a trusted name in iOS accessories since it rolled out its invisibleSHIELD for Apple's first iPod nano in 2005. The accessory maker offers four different options for the iPad mini.

The Script Case is a folio-style case that can also be used as a stand for viewing your tablet at different angles. It protects against impact damage, and shields the display from dust and scratches. - $39.99

Speck unveiled its new lineup of iPad mini CandyShell cases at the Consumer Electronics Show in Las Vegas on Tuesday. The popular and colorful CandyShell and CandyShell Grip covers both feature Speck's dual-layer design and rubbery interior to protect your iPad from scratches and accidental drops. 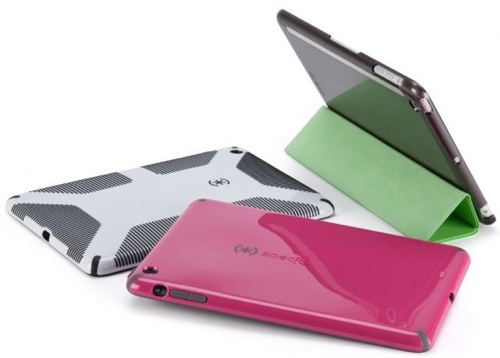 The CandyShell Grip offers the extra protection of rubber handholds to make your iPad easier to hold, especially when playing games.

“The CandyShell design offers both style and protection, which make sense for the smaller, more portable iPad mini,” said Bryan Hynecek, Vice President of Design at Speck. “We’ve also seen a lot of people on the go with the iPad mini, so we felt an easy-to-hold case like CandyShell Grip was a good fit for the way the device is being used.”