Apple claims the new iPad is “operating well within thermal specifications," but that hasn't stopped the complaints about iPads "overheating" from piling up. Early today the Dutch website Tweakers.net conducted a 5-minute GL benchmark on both the iPad 2 and 3. Their results showed that the new iPad reached 92.5 Fahrenheit (33.6 degrees Celsius), which is well within Apple's listed operating requirements. 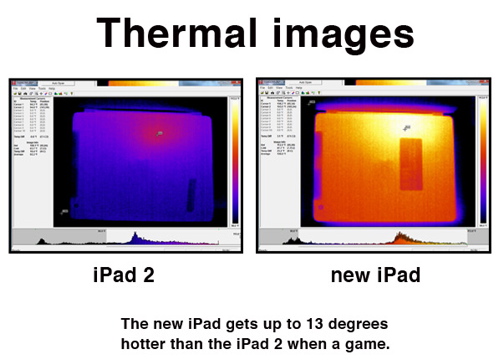 Consumer Reports ran their own test which revealed that the iPad 3 "can run significantly hotter than the earlier iPad 2 model when running an action game." The new iPad reached 116 degrees Fahrenheit while playing Infinity Blade II. This is much higher than Apple's official listed operating temperature of 32-95 degrees Fahrenheit (0-35 degrees Celsius). 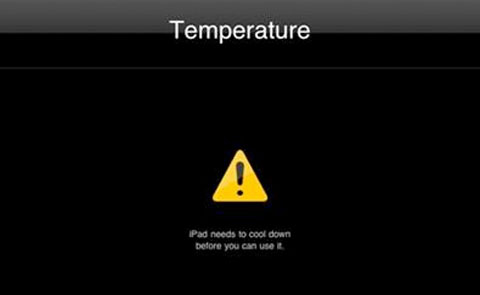