Marvel Entertainment is offering THOR: Son of Asgard free for a limited time. I wouldn't recommend it for the iPhone, but if you like playing button mashing games on your iPad, then you may want to take advantage of this deal. The game normally costs $2.99. 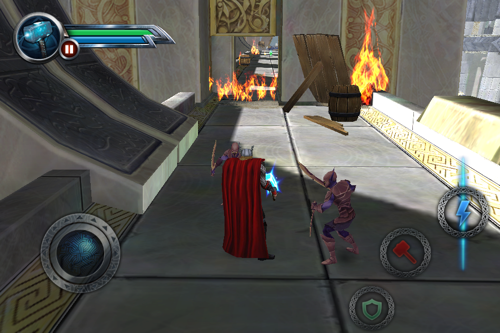 Son of Asgard features an original story and script written by Marvel writer Bryan J.L. Glass, 3D Retina display graphics, art by Marvel artist Ron Lim and an original soundtrack created just for the iOS game. Players play as Thor as he defends Odin’s Kingdom of Asgard from Dark Elves, Trolls, Ulik and the Midgard Serpent. You can use Thor's hammer and summon lightning for powerful magic attacks to defeat the enemies of Asgard. The game also features many of Thor's allies like Sif and the Warriors Three.